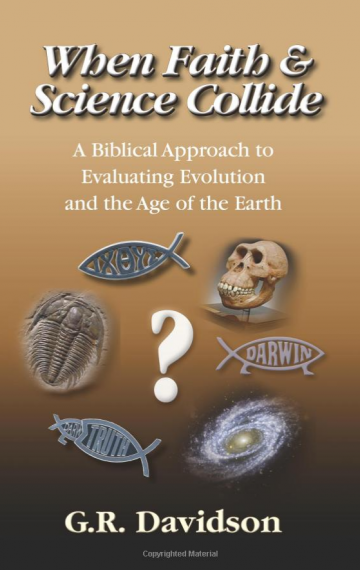 When Faith and Science Collide was released in 2009. Since then, a ton of new material has been published that is relevant to the discussion of science and Christian faith. Some really cool and some disturbing. The revision has a new title: Friend of Science, Friend of Faith: Listening to God in His Works and Word. After hearing a reader pitch the book to someone else as “more about reconciliation than conflict,” I decided a more fitting title was needed. The new title better reflects the theme of the work.

What’s new in the revised book?

On the scientific side, advances in DNA sequencing, for species ranging from whales to fossil Neanderthals, is opening a whole new world of inquiry into the history of life. New fossils are rewriting popular understandings of how modern organisms are tied to those in the past, and evolutionary hypotheses are even being put to the test in bench-top experiments. On the religious side, significant contributions have been made by theologians and Christian scientists wrestling with how new scientific findings comport or challenge traditional understandings of the Bible.

Chapters addressing the intelligent design and young earth movements have been expanded, with more attention given to foundational assumptions, methods of argument, and the resulting impact on the mission of the church. More attention has also given to the subject of biblical inerrancy.

Finally, with the benefit of readers and critics of the original book, I have tossed out some material that did not have the desired effect, reorganized the content into five parts to make the logical flow easier to follow, and added more than twenty new figures.